HISTORY OF THE UNIVERSITY OF ECONOMICS - VARNA

The University of Economics - Varna was established as the first Higher School of Commerce in Bulgaria, following the industrial and cultural boom at the turn of the 20th century and the ever growing need for business training. Varna was enjoying huge economic development and had already gained full recognition as a major commercial hub.

In 1911, the management of Varna Chamber of Commerce and Industry started planning the establishment of the Higher School of Commerce whose launch was voted on 14 May 1920 at the Chamber’s 25th session. This date is considered the onset of Bulgarian higher economic education. Sofia University, the first Bulgarian university, had already been founded but was not offering education in the business field.

The management of the Higher School was entrusted to the Supreme School Council. In the autumn of 1921, classes were inaugurated with the blessing of Simeon, the Bishop of Varna, and the ceremony was attended by King Boris, members of Varna Chamber of Commerce and Industry, public officers and the general public. 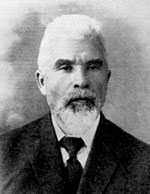 In 1914, Tsani Kaliandzhiev pursued the opening of the Higher School of Commerce and the construction of its building. He was commissioned by the Chamber of Commerce to research European academic traditions and recruit faculty members.  He was appointed Rector and was granted the position of adjunct professor.  Upon completion of his thesis, Tsani Kaliandzhiev was appointed professor of commodity science. He was the Rector of the Higher School of Commerce until 1933. Though most of his work was devoted to chemistry, commodity science, economic development and commerce, he also carried out research on general and professional education.  Prior to his death on 28 March 1944, he bequeathed funds to the Higher School of Commerce to pursue his dream of establishing think tanks on economic research. 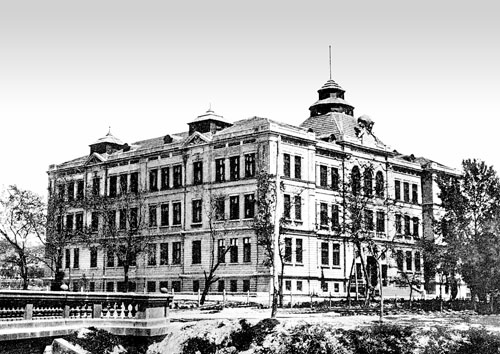 The first regulations and the first curricula of the Higher School of Commerce followed the ground-breaking example set by Berlin Higher School of Commerce that was considered the most modern European school at the time. Regulations stipulated that the school objective was to train teachers for secondary schools of commerce and offer post-graduate studies to accounting auditors. Until 1936, the university trained economists to work as accountants and financial and trade specialists.  Later, two programmes in private and national economics were started which existed until 1949.

The first lecturers at the Higher School of Commerce were creative individuals who bridged the gap between the European cultural environment and the fledgling Bulgarian economic academia.  They hailed from Russia, Paris, Budapest; they had degrees from Berlin, Leipzig, Munich, Vienna, Padua, Geneva and Prague. Some of the first faculty members were the Russian professors: Feodor Belmer, professor of accountancy; Naum Dolinsky, professor of political economy and theory of statistics; Oscar Anderson, professor of statistics, economic geography and financial science. Many made a contribution to establishing the excellent reputation of the University: Yanaki Arnaudov, professor of German and Slavonic studies and philosophy; Ivan Konstantinov, professor of French literature; the poet Nicolay Liliev, who taught French; Stancho Cholakov, professor of finance, who later held high-ranking government positions as the Minister of Education, the Minister of Finance, the Governor of the Bulgarian National Bank; Boicho Boichev, professor of accounting; Professor George Svrakov, Professor Ivan-Assen Rankov; Ivan Ekimov, associate professor of business correspondence, and many others. 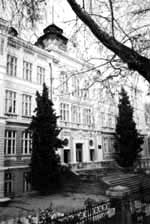 g the tradition of most European schools of economics, the Higher School of Commerce  offered two years of training until 1925. From 1925 to 1937, it provided three years of education, and, after 1937, students were offered four years of training.

Over the years, the Alma Mater of Varna changed its name a number of times.  Until 1938, it was named Higher School of Commerce, often referred to as the Academy of Commerce.  From 1938  to 1945, it was Higher School of Economic and Social Sciences; from 1945 to 1953, it was called "St. Cyril of Bulgaria" State University of Varna.  From 1953 to 1963, it was called Higher Institute of  National Economy.  From 1963 to 1990, the Institute was named after Dimitar Blagoev.  In 1990, the business school was renamed the University of Economics - Varna, following a decision of its Academic Council and confirmed by a National Parliament decision in 1995.

The University of Economics - Varna strives to maintain and further develop its scholastic and research potential as a leading educational institution as well as to integrate into the European education area in order to strengthen its competitiveness and appeal to academic members internationally. We promote the competence, interaction and internationalisation of individuals, businesses and cultural life.

UE-Varna operates in a responsible manner in generating its students' key knowledge areas, skills and competencies and promoting sustainable development. We constantly evaluate, improve and develop the operations of our university of economic sciences. Our learning environment supports goal-oriented learning and development of theoretical and practical expertise. We provide high quality education to our undergraduate, graduate and doctorate students which supports the lifelong learning process and concept. Moreover, the student and academic body of UE-Varna conducts scientific research which provides efficient solutions to the economic and social environment in and outside Bulgaria.

In order to fulfill its mission, UE-Varna constantly works toward:

The University of Economics - Varna is committed to upholding standards that promote respect and human dignity in an environment fostering learning and professionalism. It is the policy of the university to maintain an educational and work environment free form all types of unlawful discrimination and harassment, an open environment which values and protects individual dignity and the integrity of human relationships. According to Chapter 6, Article 24 of the UE-Varna Code of Ethics, all employees of the university treat all students and visitors equally and with respect regardless of their age, ethnicity, gender, sexual orientation, religion, social status or disability.